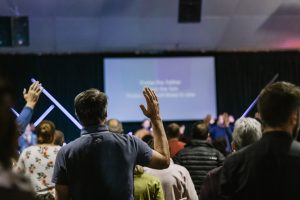 I. Přednáška Hearing the defendant before convicting him: A matter of fairness. Results of a randomized experiment among prosecutorial offices.

The right to be heard is an essential requirement of procedural fairness. This is particularly crucial in criminal proceedings. However, given the limited resources of prosecutors and courts and the increasing case-load, legislators have invented several ways to “streamline” rules and restrict hearings. Plea-bargaining is a common practice in America and many countries under the influence of Anglo-Saxo legal principles. In Europe, equivalent simplifications have been introduced over last decades in most countries, among which “penal orders” are the most common example. Penal orders are prosecutorial indictments that, in minor cases and if the defendant does not insist on a judicial review, become automatically final verdicts. In most cases, prosecutors do not even interview the defendant and/or his council but decide based on the police file only. This system is controversial because of its infringements with fundamental principles of procedural fairness, but more than 90 percent of all criminal cases are dealt with in this way in Switzerland.

In order to find out whether the absence of a hearing with the defendant impacts on the outcome including the sentence, a RCT has been conducted in Eastern Switzerland with random assignment of incoming cases to either an experimental group (where defendants are being interviewed), and a control group of cases (without hearing, i.e. along standard practice). The outcomes show that defendants who had been heard see the handling of their case as more fare than those who were not. The sanction imposed is, according to the results, not affected by hearings, but the outcome of the procedure differs (more cases are dropped if the defendant has been interviewed by the prosecutor). Further differences, such as the frequency of reconvictions, will be analysed in a second phase. Given the experimental nature of the research design, causal inferences are possible. Hearings make a difference.

In 2007, a new Swiss Penal Code became legally effective in which short prison sentences were to a large extent replaced by income-based day-fines. In addition, fines (as fixed sums ranging from 1 to 10,000 Swiss francs) became more widely available as additional sanctions to custodial or day-fine sentences. Both fines and day-fines are to be converted into custody if they remain unpaid. Several thousand defendants are concerned by such a conversion every year, but virtually no data and no information has been collected on this phenomenon up to now. In order to fill this gap, the Department of Justice of the Canton of Zurich commissioned an evaluation on how often, under what circumstances and against whom (i.e. what type of defendants) monetary penalties are converted into custody. The results show that the majority of defendants serving monetary penalties in prison are confronted with multiple problems of integration. A second group are defendants who were sentenced to substantial amounts of fines or day-fines that they or people from their networks are unable to pay.